Sooner or later, you knew it had to happen.  With all the racism going on in the most racist country on earth, it was just a matter of time until someone elevated a racist dog into the spotlight — a white, blue-eyed, racist canine with a hateful racist bark.  Not only is he the wrong color, my sources tell me that Ivanka Trump’s racist dog is unapologetic about his whiteness and that he barks incessantly at the mere suggestion of reparations.

The same sources also confirm that Ivankadog hates transgender people (but, in all fairness, not transgender dogs).  Interestingly, he doesn’t have anything against Muslims, but he growls ferociously whenever Icky Omar or Rosie Lookalike Rashida appear on TV. 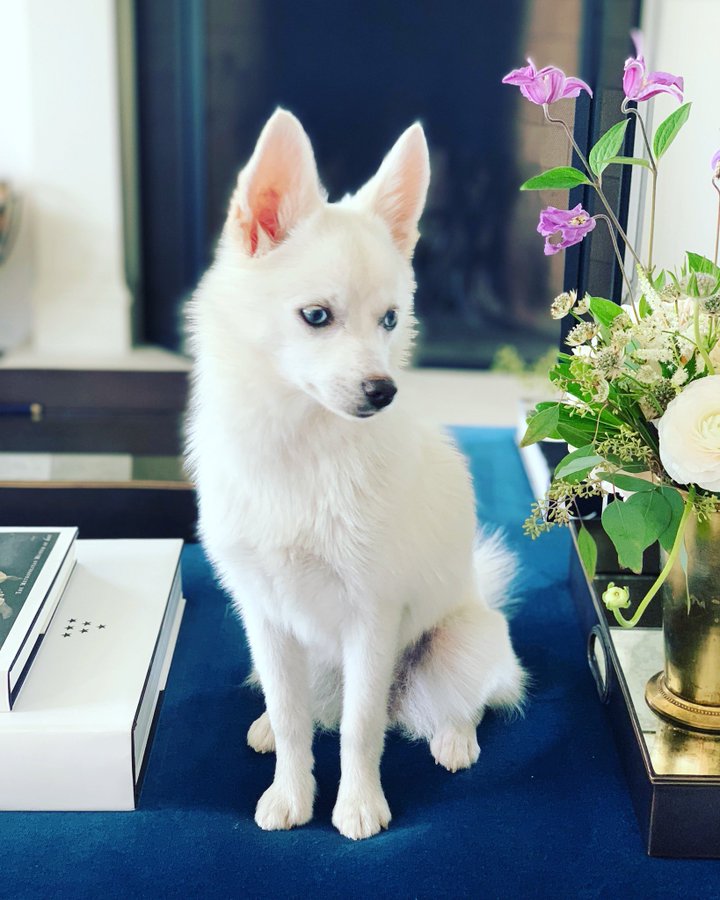 But, as Uncle Bernie would say, enough of the damn dog already.  Time to look at human racists.  Especially white folks, who, after all, are racists by default.  There is no other salvation for light-skinned reprobates.

Actually, black conservatives who dare to criticize people of color for their political beliefs are even more despicable than whites, but my sources tell me that Democrats might be willing to send them to an Ayanna Pressley reeducation camp where they could learn to talk brownspeak, blackspeak, queerspeak, or Muslimspeak, depending upon their politically incorrect problem.

Then there’s former Yankee reliever Mariano Rivera.  How do we know Rivera is a racist?  Because (gasp!) he supports Israel and Donald Trump.  Now word has it that other professional athletes, including Houston’s star quarterback Deshaun Watson, also support Israel.  Disgusting.  Dark-skinned racists are coming out of the closet!

Of course, Barack Obama still holds the undisputed title of being the most racist man in America.  And, yes, the most racist woman in America is, hands down, “the most popular woman in the world,” none other than Mad Mamma Obama.  Her current popularity around the world is as laughable as the FNM touting Obama as “the first post-racial president.”

That piece of propaganda lasted for about a month, until Obama began to openly encourage his followers to answer unanswerable questions by immediately accusing the questioner of racism.  And just in case that doesn’t work, be sure to bring a gun if you anticipate that the enemy might show up with a knife.  The Obamas’ tenure in the White House consisted of eight painful years of ugly, mean-spirited race-baiting.

There are two major points that were not emphasized enough when Radical Leftists and their media allies accused voters of being against Obama because of his race.  First, a majority of white voters helped elect Obama (twice) and, second, at the outset of his presidency, Obama had a record-setting approval rating.

So why the drop in his popularity in his second term?  Because criticisms aimed at him were a result of his socialist policies, his arrogance, his snarky, childish remarks, and his obsession with race — not his skin color.

The truth be known, what got Barack Obama his party’s nomination in the first place was the “white guilt” phenomenon that Shelby Steele wrote about in his book of the same name — a sort of guilt-driven form of affirmative action.  Obama won the presidency not in spite of his race, but because of his race.  Sure, both John McCain and Mitt Romney were/are vile, unprincipled egomaniacs, but they still should have beaten a guy who’s only claim to fame was as a ne’er-do-well community organizer.

Thankfully, and notwithstanding Obama’s nonstop attempts to fuel racial discord among the populace, overt racism is pretty much a thing of the past in America.  Sure, some racism still exists — and always will — but only in token form in the United States.  Or, as Shelby Steele puts it, the hysteria nowadays is not about blatant racial injustices but “microaggressions.”  It might be more appropriate to say perceived microaggressions.

The good news is that hysterically accusing people of racism as a clever way to avoid a rational discussion of the facts is no longer taken seriously by anyone this side of the Dirty Dem asylum.  However, don’t think for a second that it will stop the Democratic candidates and their eventual nominee from applying the racist label to everyone and everything they hate.  They have too much invested in the race-baiting game to turn back now.

Clearly, the Dirty Dems’ definition of a racist is “anyone who disagrees with our socialist, anti-American agenda.”  But, in all fairness, their obsession with race is probably not because they are evil.  More likely, it’s simply because they don’t have anything else to talk about and they have no policies to offer voters.  Racism is their agenda!

That said, it might be a good idea for Ivanka to keep her dog indoors.  His racist barks cannot be a good thing for Donald Trump, whom everyone knows is the biggest racist on the planet.  But, inevitably, euthanasia for this racist mutt is probably the only way to appease peace-loving Democrats.