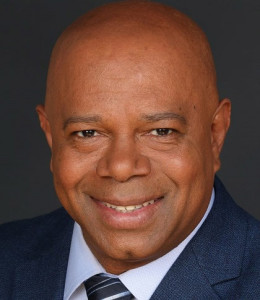 David Webb is host of the David Webb Show on SiriusXM Patriot, a Fox News contributor, and host of Reality Check on Fox Nation. David co-founded TeaParty365 and is the spokesman for the National Tea Party Federation. He is also a recipient of the National Police Defense Foundation’s Excellence in Media Award and serves on the boards of the Young Marines Youth Organization, Wounded Warriors Family Support, and the V.E.T.S. Program.

In his recent interview with Robert Ringer, David Webb once again shows why he has a reputation for as one of the most calm, rational media personalities in America.

Chiming in on the current Democratic presidential field, Webb says that it magnifies the split in the Democratic Party.  He also believes New Hampshire will say a lot about the chances of Bernie Sanders and Joe Biden, while Iowa, because the caucus format is outdated and has proven to be inaccurate, isn’t really that important.

Webb says Amy Klobuchar is done, Beto “is pretty much gone,” and Pete Buttigieg, though he has a smooth delivery, has no substance.  As to the other candidates, he dismisses them by simply saying they “never showed up.”

He agrees with Robert Ringer if Michael Bloomberg were to get in the race, he would align more with the left.  He points out that even though Bloomberg has the money and the ability, he doesn’t believe he has the “it” factor that is required to capture people’s attention and get their votes.

Webb views Howard Schultz as a definite dark horse, because he presents well, has substance, experience, and a great story.  He believes that if the Democrats tear each other apart in an effort to win the primary, they might end up approaching Schultz about running as a Democrat.

In the end, however, Webb doubts that many people will vote for a radical-left agenda, because people aren’t willing to give up what is already working for them.  Though polls show that four in ten Americans favor some form of socialism, that number changes when they are asked the second question, How do you pay for it?

Regarding Charlottesville, Webb explains that Antifa is an old organization that came to the United States from Europe where it caused riots for years.  He reminds listeners that Antifa has always been part of the anti-American, anti-sovereignty, anti-capitalist movement.  All far-left groups employ violence and intimidation, always with the guise that they are doing good things for some group or another.

On fake racism, Webb believes that the Radical Left keeps it alive because it’s easier to push victimology onto any group rather than providing its people with solutions to their problems.  However, he believes the Radical Left is losing its battle because our culture is evolving and people are seeing our similarities rather than our differences.  He advises people on the right to “work from the facts, put out the numbers, lay the truth out there and you will do better in the long run.”

On Stacy Abrams’ recent comment that “identity politics is exactly who we are,” Webb says she is a two-time loser who failed because she lied to her constituents.  He points out that the Radical Left is dangerous because they are wounded and are clinging to identity politics out of desperation.  In his view, one of two things has to happen:  Either the Radical Left has to lose or America has to lose, and he makes it clear that his money is on America.

Regarding the disintegrating Russian-collusion investigation, Webb says that the new prosecutor bought in to look at the origins of the Trump dossier has far more power than the Inspector General and presents the biggest threat to secondary players like Susan Rice, Loretta Lynch, Samantha Power, Huma Abedin, and Sally Yates, as well as Barack Obama, James Comey, John Brennan, and James Clapper.

As to Christian Amanpour’s outrageous suggestion that the FBI should shut down people at Trump rallies who yell “Lock her up,” Webb says that he doesn’t have any respect for Amanpour and that she’s “not really a journalist,” just “a mouthpiece for the far left and radicals in the Middle East.”  He also reminds us that Amanpour even gave the blind sheikh a huge platform to spread lies and talk about his radical goals.

On the border crisis, Webb believes we need a policy of “detention and return,” along with a physical barrier.  He also advocates cutting off aid to Mexico, Honduras, El Salvador, and Guatemala if they refuse to cooperate.  Most important is for the United States to take firm control of the Organization of American States and force these countries to take care of the border problem.

Finally, on messaging Webb says that even though Republicans reflect what is successful in a free-market, capitalist society, they have been lousy at communicating to people.  He believes that the reason Republicans have failed in the communications arena is because they don’t engage people on an emotional level as Democrats do.  This is why he would “fire 90 percent of the consultants, especially in the messaging and communications arena.”