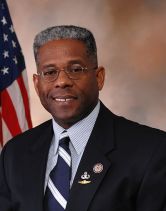 Allen West is a former U.S. Congressman. He retired a Lieutenant Colonel from the U.S. Army after over 20 years of service. He is the Director of Next Generation Programming at PJ Media, where he is leading the effort to develop new Internet TV shows and other media that can be viewed on NextGeneration.TV. Mr. West makes frequent appearances on Fox News and other major television networks.