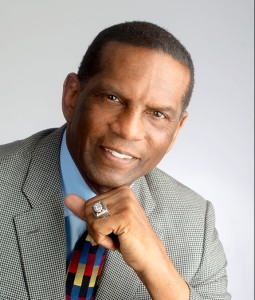 Burgess Owens is CEO of Responsive Healthcare Solutions, founder of the non-profit organization Second Chance 4 Youth, and a former all-Pro and Super Bowl champion who played ten seasons for the New York Jets and Oakland Raiders. Burgess is also a frequent contributor to Fox News and author of several bestselling books, including his most recent work, Liberalism or How to Turn Good Men into Whiners, Weenies and Wimps.

Burgess goes on to describe his experiences growing up and witnessing the inspirational growth in the black community, contrasted against the way Democrats and elitism have worked to negate that progress. Elitist Democratic politicians’ hypocrisy is highlighted by the example of Barack Obama ending successful public school programs in Washington D.C. while sending his own children to an $80,000 a year private school.

On reparations, what criteria would be used to determine who is legitimately black and deserving of reparations? Reparations is a canard that makes no sense and turns everyone into a racist.

Owens goes on to describe his experiences growing up in the deep south and offers advice to NFL and NBA players whom he believes are being used as political pawns.  He also says that the NAACP has done more damage to black communities than the KKK and explains the importance of staying committed to American values and principles.